A new website www.john-g-hall-art-retrospective.co.uk has been launched to celebrate and record the work of the late John G Hall, who lectured at what was then the Cambridge School of Art from 1950 - 1983 and was held in much affection by a generation of students. John was an accomplished and prolific artist in his own right, and also a highly praised designer of the costumes and sets for theatrical productions at the college.

The website includes many (drawings and paintings of) beautifully executed and meticulously researched costume and set designs. These, together with information about the productions, reviews, images of programmes, and production photographs, make for an impressive archive of the increasingly ambitious plays and operas that were performed at The Mumford Theatre (previously known as the College Auditorium) and The ADC Theatre between 1960 and 1985. 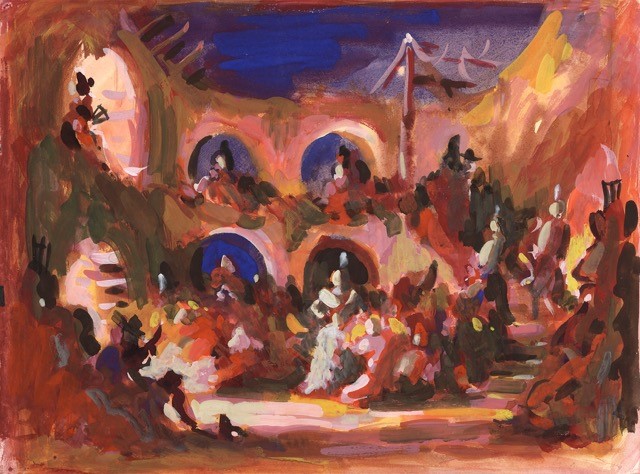