Staff and students tell us all about their favourite reads!

To celebrate World Book Day (Thursday 1st March 2018), we ran a competition for University staff to tell us what their favourite books were and why. We had some great entries, and combined with some suggestions from our library staff and students in the library, we have compiled a list of them for you to enjoy here: 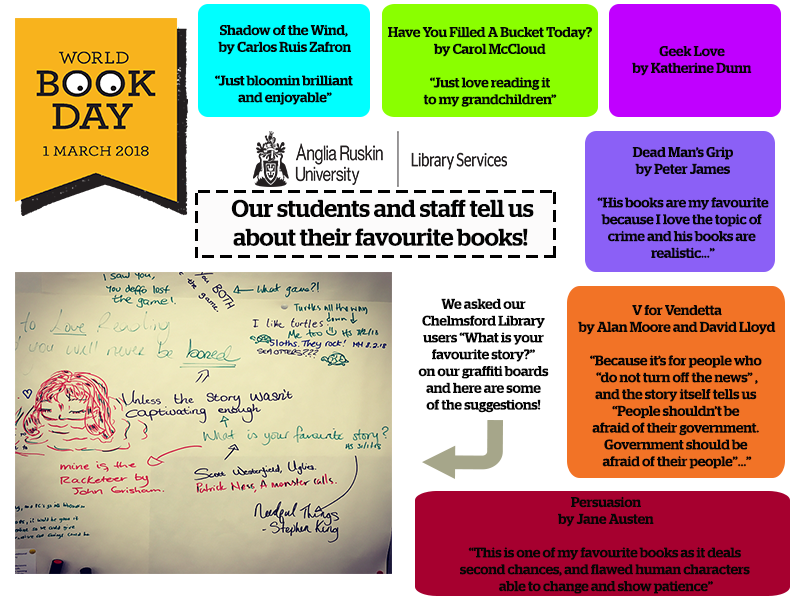 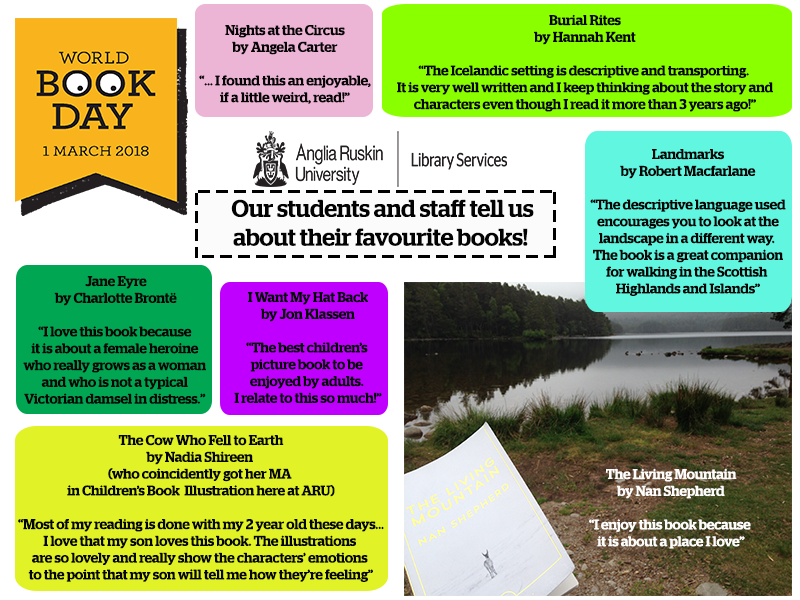 The three winners of the staff competition were randomly selected as follows:

Congratulations to all our winners and thank you for all the entries. We loved hearing about all your favourite books.

As a bonus, here are a few more rave reads from our very own library staff! Happy reading everyone!

The Woman in Black by Susan Hill - this is one of my favourite books. I read it before the stage play and film were released and even though I read it on holiday when the sun was shining, it was still one the scariest reads ever!

Infinite Jest by David Foster Wallace (1996)
The plot of DFW’s encyclopaedic novel is largely concerned with the confluence of several groups (teenage tennis prodigies; recovering drug addicts; political radicals/double agents…) around a mysterious lethally entertaining film (once a viewer starts watching, they lose the ability to do anything else). But the book is really about a lot more. Entertainment, addiction, mental health, film/media theory, linguistics, communication, and sport are among the topics examined in detail. The tone is variously satirical, serious, surreal, silly, and sad. Overall, the pervading feeling is one of deep sincerity – DFW was in part reacting against what he saw as the exhaustion of ironic detachment as a useful device within postmodern fiction, and the large scale absorption of irony within mainstream culture. The book’s also a comment, progression, and experimentation on literary form, building atop the postmodern canon in an effort to strike at important themes in a way that was both fresh and aware of its own context. Infinite Jest requires engagement, effort, and a lot of time, but I found the reward to be the most thought provoking reading experience I’ve ever had - and one that sent me down numerous literary and philosophical rabbit holes for months after.

Hunger Makes Me A Modern Girl by Carrie Brownstein (2015)
Carrie Brownstein’s memoir is wise, insightful, and personal in detailing her connections to and reflections upon music throughout her life. There’s plenty on what it feels like to be a music fan; inspiration, identity, community, passion, and politics. It’s also fascinating to read such an articulate and thoughtful perspective on the 90’s Olympia music scene (the focal point of the Riot Grrrl underground third wave feminist punk movement, but also part of the wider 90’s alt rock boom) from someone who was drawn toward it as a young fan, later found themselves at the forefront of it, and has had plenty of time to contextualise it. The story of Sleater-Kinney, Brownstein’s most well-known band, is told from conception to implosion with emotion and candour, revealing the ideas and direction behind songs/albums, shining light on lyrical/musical nuances, and the strain of tour life. This book deepened my appreciation of some of my favourite music, but beyond that, it made me appreciative and aware of the music scene(s) that I’m a part of, and hungry to observe, listen, learn, interact, support and create in general; to be involved and to be heard.